2019/8/2
The District Soroban Competition for Primary Schools in Vava’u was held on Thursday, 1 August 2019 at the Maama Mo’onia Hall, Mailefihi Siu’ilikutapu College, with the best overall school won again by the Government Primary School of Neiafu.

The next District Soroban competition will be held this month for Tongatapu Central, Eastern and Western Districts.

Soroban education strengthens mathematics skills of young students hence is compulsory in Maths subject for primary schools syllabus, in the Kingdom. The soroban competitions is one collaborative event of the Embassy of Japan and the Ministry of Education and Training. 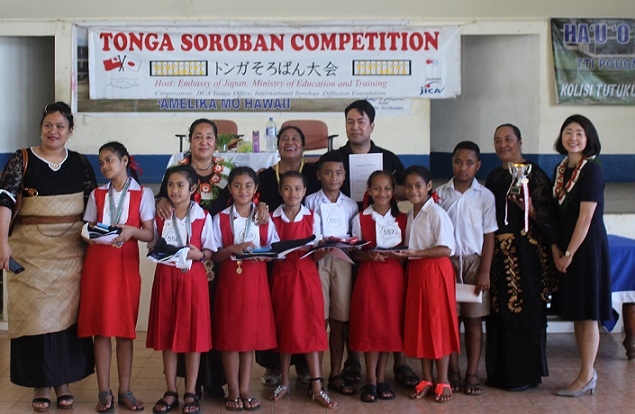