2019/8/23
The Embassy of Japan and Ministry of Education and Training have conducted three District Soroban Competitions for Tongatapu primary schools, which was concluded in the Western district on Thursday 22 August 2019, at the Alai Pulotu Hall, Te’ekiu village.

In the written examination, the young students were challenged to complete 50 maths calculations in only 5 minutes.

Soroban education is proven to have strengthen mathematic skills of young students hence is now compulsory in the Maths subject for Primary Schools of Tonga. The competition not only showcased the mathematical ability of young students but also foster relations between the peoples of Japan and Tonga.

Tonga’s Ministry of Education and Training and the Embassy of Japan collaborated the district competitions since 2010 with the support of the Japan International Soroban Diffusion Foundation, Tonga Soroban Education Association and JICA Tonga Office. 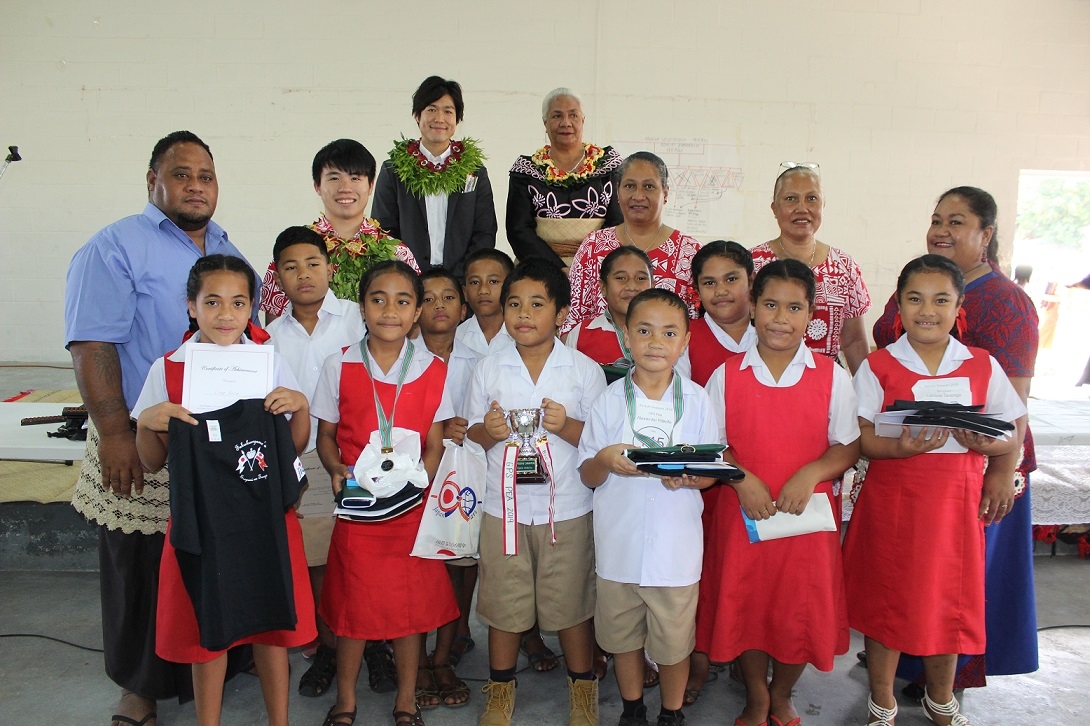 (A photo from the competition for Western District: Soroban students of GPS Pea won the district soroban competition,
with a staff of Embassy of Japan.)