2019/9/6
The Embassy of Japan and the Ministry of Education and Training concluded this year’s District Soroban Competition on Thursday, 5 September 2019 with the competition for ‘Eua primary school.

Soroban is proven to have strengthened mathematic skills of young students, hence now is compulsory in the Maths subject curriculum for Primary Schools in Tonga. Tonga’s Ministry of Education and Training and the Embassy of Japan collaborated the district competitions since 2010 with the support of the Japan International Soroban Diffusion Foundation, Tonga Soroban Education Association and JICA Tonga Office.

The National Soroban Competition for 2019 will announce the winner of the class 5 written examination, who will also be Tonga’s nominee to the Soroban camp in Japan, funded by the International Soroban Diffusion Foundation. 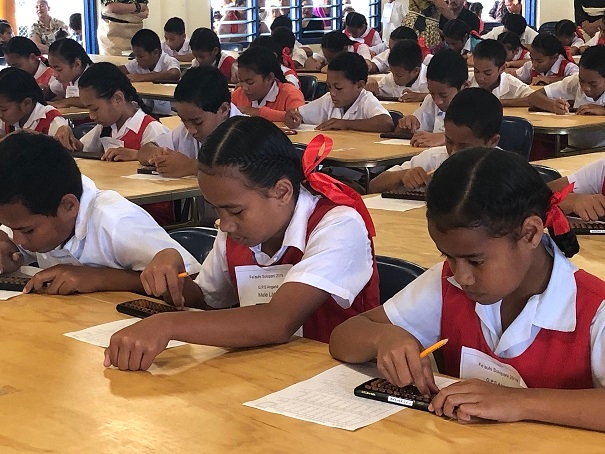 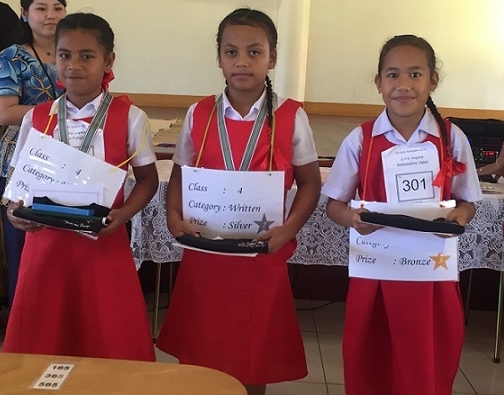